In each issue of FieldNotes, we bring to light a product, company, or organization we believe in. In the May/June 2018 issue we featured:Everytown for Gun Safety 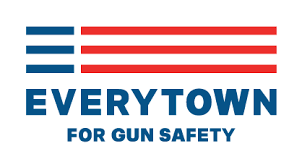 For all of us concerned about the galloping rates of gun violence, here's an organization whose work we admire. From a public health perspective, gun violence is an epidemic. Gun violence has become the leading cause of premature death in the United States. Guns kill more than 38,000 and injury over 85,000 each year.

From the Everytown Website: Everytown is a movement of Americans working together to end gun violence and build safer communities. Gun violence touches every town in America. For too long, change has been thwarted by the Washington gun lobby and by leaders who refuse to take common-sense steps that will save lives. But something is changing. More than 4 million mayors, moms, cops, teachers, survivors, gun owners, and everyday Americans have come together to make their own communities safer. Together, we are fighting for the changes that we know will save lives.